The story of 50 years old landfill in Bosnia and Herzegovina 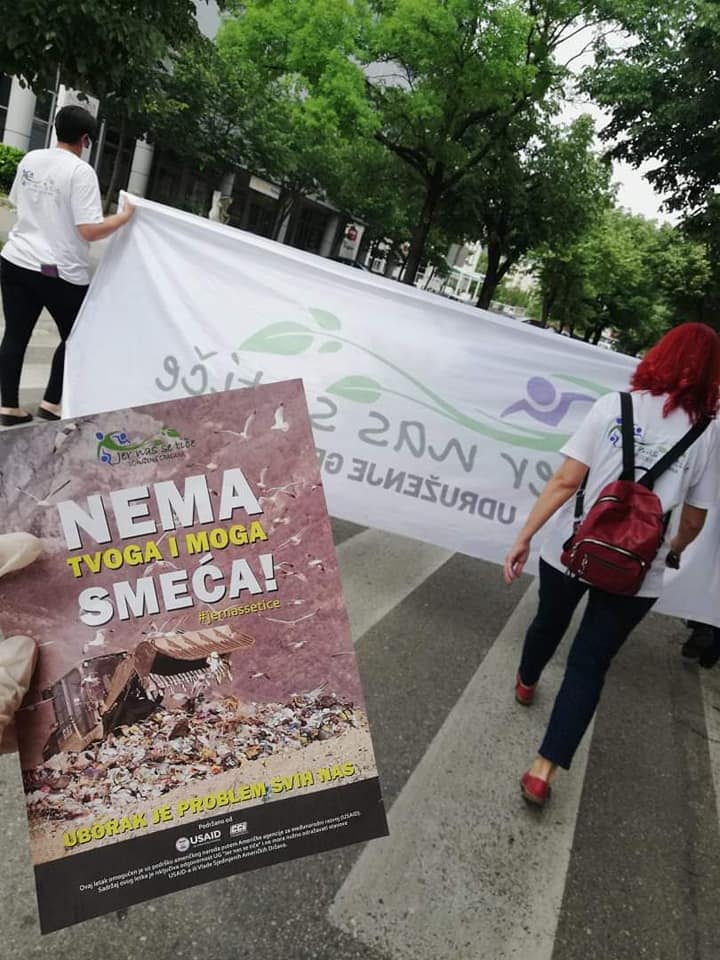 City Mostar in the south of Bosnia and Herzegovina is surrounded with karst terrain with many recesses and dents. In one of those dents in the suburban area is a city landfill called Uborak, active since the late 60s. Even in the 1980s, it had many operational problems and got proclaimed an ecological bomb. In the 2000s the landfill had capacity for the next 15 years. However, when 2015 came, nothing changed and business continued as usual. Nobody considered to deal with the problems the landfill causes, except locals, which for the longest time have been vocal about the consequences of having an old and not properly managed landfill. Having their requests ignored, they established a citizen association „Jer nas se tiče“ (Because we care), with the goal to close and rehabilitate the existing landfill and move it to a new site.

Their dissatisfaction culminated in the middle of 2019 when they blocked the entrance of the landfill. Finally, the authorities acknowledged the problem and promised to work on a solution. After six months without progress, protesters organized a second blockade. At that moment it was obvious there was no alternative solution for the landfill, because when the blockade was ongoing the whole city cluttered with garbage.

Eleven days in the blockade, in December 2019 special forces arrived on the site and used police brutality to clear the entrance of the landfill. Among protesters were women and children, as well as older people. Five people were sent to hospital for the injuries caused in the attack. Behind the police came the trucks loaded with trash. There was no responsibility or suspension after this incident. The local politicians continued to ignore the problem and all the association activities, having contradictory statements about the legal work of the landfill.

Nevertheless, the association continued the fight against improper waste disposal at the Uborak landfill, which has led to water, air and soil pollution, worsened with disposal of medical and animal waste for which the landfill is not intended. They stress out the health of all citizens is endangered, since the leachate from the landfill goes into the Sušica stream, which then flows into the Neretva river and in the city. To provoke a reaction and raise awareness, the association sent packages with bottled water from the Sušica stream to the responsible Ministries and the City Administration of Mostar, which claim the water is technologically correct and asked them to consume it publicly, which has not happened.

This summer the collection of the signatures in Mostar showed the dissatisfaction is not isolated, as most of the citizens are also in favor of closing landfill Uborak. But in contrary to all, authorities in 2020 started expanding the current landfill, using the opportunity of isolation time due to the pandemic. This represents the clear picture of responsible institutions and their management capabilities.

For this reason, the latest activity of the association was to file criminal charges against the Minister of the Federal Ministry of Environment and Tourism and the Chief Inspector of the Federal Urban and Ecological Inspectorate. With this organization continues to legally fight against the corrupt system, responsible individuals and institutions which have not reacted properly in order for the Uborak landfill to be finally closed.

Here you can watch a video from the Uborak landfill with statements from local activist!